What You Eat And Drink Can Interfere With Botox Injections

You wouldn't think that something you ate last week could affect how well you feel after Botox injections, but it's true. What you eat and drink in the days before a session of Botox can increase your chances of bruising and swelling. On one hand, it's not that long a time. There's enough time between Botox treatments to allow you to indulge in those things you can't eat before the appointment (although, given how many are in the spices/medicinal group, you likely won't have a lot of most of them). On the other hand, a couple of these forbidden items are ones that people really like to have, often daily. Knowing why you're not supposed to have them is key in helping you avoid them.

Alcohol, particularly wine, and garlic are two big entries on the don't-have list. Garlic can thin your blood, and alcohol can have the same effect; alcohol can also have a drying effect on your skin. These can both increase the risk of bruising after the injections. While it's always possible that you'd develop a bruise anyway – that's just how the odds are – these two make it more likely. How long you'll need to avoid each varies from doctor to doctor, although a week is the usual minimum. Some doctors want you to avoid garlic and alcohol for up to a couple of weeks, depending on what they've see in their practice. Caffeine and salt are also ones to avoid, but prohibitions on those are often for days, and not weeks.

What Happens if You Have It Anyway?

It can be hard to avoid all garlic given how common it is in food, and if you don't want other people to know you're getting Botox, the ability to refuse food that has garlic in it may be gone. Alcohol is a little easier to avoid unless you have friends and family who insist you drink. If you do end up having some, the Botox won't necessarily fail, but you'll have to think up a way to explain any bruising that might appear. Using arnica gel after the procedure can help heal bruising faster; your doctor can let you know how to use it and whether you should avoid placing the gel right on the spot of the injection itself for the first day or so after the treatment (to give the spot time to heal up first).

Some supplements and medications, namely those that have an anti-inflammatory effect, need to be avoided in the weeks before a Botox treatment. Ibuprofen, St. John's Wort, garlic extract, turmeric, and others also increase the risk of bruising. If you have to take any of these for medical reasons, you'll need to speak with the doctor administering the Botox treatment.

Preparing for a Botox treatment isn't as hard as it sounds. If you have situations in your life that make it very difficult to avoid alcohol, garlic, or another substance before Botox, talk to the doctor about what's going on. There may be an easy solution you hadn't thought of. 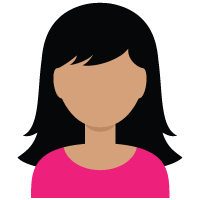 Who Benefits Most From Having A Healthcare Advocate? - 31 October 2022

What Is Functional Medicine, And Why Is It Important - 24 August 2022